Through time and space your soul wished to be here.  It wished to be part and particle of a dramatic series of events, that would change a lot of the old mistakes, which have been made over millennia on this planet.

When this planet was first made habitable, a lot of volunteer souls, ASKED to be part of a huge experiment.  It was an experiment that would see to it, how life and lifeforms from other galaxies and star systems would survive on a planet, within a universe, which was one of the latest being created and birthed within the Milky Way Galaxy.

In the beginning there was harmony and balance… and there was no such thing as strive, hated and war.  However, during the course of this first settlement, the offspring of those who first colonized this planet, started coming into contact, with those who Beings who had conquered and destroyed other star systems.  These Beings first settled on Mars, and the planet which blew itself up, (in a massive war) between Mars and Jupiter.

These Beings, who stem from a Black Mass of consciousness, infiltrated the planet, and then proceeded to destroy the first civilization…. Their destructive tendencies, then went on to destroy the subsequent civilizations which rose from the ashes of the first, and they were called Mu or Lemuria and Atlantis.

Since then, civilizations have risen and always ended up destroying themselves, repeating the age old karmic patterns, that have kept this planet prisoner, since those from the Dark Mass first infiltrated the mass consciousness…

A lot of the souls now incarnated, have either been involved at the beginning of time, as scientists CREATING this planet and settling in the first life forms… or were involved as the first VOLUNTEERS…. Some of them were the first ones from the DARK MASS consciousness who subsequently introduced the self-destructive tendencies….  All of these souls, now have to confront not only their OWN PERSONAL KARMA, but also whatever they CONTRIBUTED TO THE MASS CONSCIOUSNESS….

Then there are those souls who have no karmic links with this planet, but have merely volunteered to assist this planet at this time, with the raising of consciousness.  Yet, they also, at some time, have had connections with this planet, in one form or another.

When we start understanding that SOME PATTERNS, such as SELF-DESTRUCTION have haunted this planet for millennia, then we also understand, the importance of our SOUL MISSIONS on this planet at this time…

How do we do this?  TO SHIFT THE CONSCIOUSNESS OF THE WHOLE, WE NEED ONLY TO CHANGE ONE-QUARTER OF THE MASS CONSCIOUSNESS!

So, if ONE-QUARTER OF THE WORLD’S POPULATION START TO CONSCIOUSLY ADOPT NEW PATTERNS AND START TO VIBRATE AT HIGHER FREQUENCIES THEN THE MASS CONSCIOUSNESS CHANGES!

This is because, when Lady Gaia, in a dispensation to the Divine Source, asked to be assisted, as she is slowly dying, they agreed to assist, and to send in a mass of LIGHT WORKERS AND VOLUNTEER SOULS TO ASSIST, WHO WOULD ANCHOR IN THE HIGHER COSMIC RAYS AND HOLD THE LIGHT STEADY SO THAT THIS SHIFT IN CONSCIOUSNESS COULD OCCUR!

The Good News is that we, who are the volunteer souls, are succeeding in this, as the old patterns start breaking up.  However, OUR GREATEST TASK IN THE NEXT FEW MONTHS WILL BE TO INCREASE OUR OWN LIGHT LEVELS AND OUR OWN FREQUENCIES AND VIBRATIONS, SO THAT WE ANCHOR IN EVEN MORE COSMIC ENERGIES.

How do we do this?  First of all, it is work on self, and then work on family karma, and then work on social and mass karma.  The next step, once this has been done, (and this will happen in 2013 – 2024), will be A MASS CLEARING OF THE CLOGGED ENERGY CENTRES OF THE TONAL CORD ENERGY CENTRES OF THIS PLANET, SO THAT NATURAL ENERGY RESOURCES CAN BE RETURNED TO THIS PLANET.

It is most important now, that when your own life start falling apart (or has already done so in the last few years, as most Lightworkers have been through an initiation to raise their consciousness and purify their souls for this work), and that of your family, and social structure, is to ask for clearing of personal and family karma.  This is mainly because, in order to incarnate onto this planet you had to chose your family.

However, within your FAMILY DNA, certain PATTERNS OF BEHAVIOUR have been programmed in.  Your task is to consciously break those patterns, or in other words, clear those karmic patterns, so that, with the changing DNA, those patterns CAN BE RELEASED AND REPROGRAMMED!

The best way to do this, is to, in meditation, ASK TO SEE THE LORDS OF KARMA.  You will be introduced to them.  Then consciously ASK THEM FOR THE CLEARING OF PERSONAL AND FAMILY KARMA.

They will ask you to specify what it is you wished to have cleared.  You may then ask for clearance ONE THING AT A TIME.  For example: – within your family there might be a tendency for suicide.  Then ask for that pattern to be cleared and released.

You may have to do this once a month for some months, as this is a ongoing process, and as 2012 advances, more and more karmic patterns will start emerging.  You might not even be aware that they are there, but things will start happening that will make you aware for them, and then you can deal with them one at a time.

This is the time of the GREATEST CLEARING IN HISTORY OF MANKIND AND ONE OF THE REASONS WHY YOU CHOSE TO BE HERE AT THIS TIME.   YOUR SOUL KNOWS THIS, AND THAT IS WHY YOU ARE READING THIS.

This message has been given to me, directly from the Divine Director, Lord Rekovsky, who was the teacher of St. Germain.  He is in charge of the Lords of Karma for this planet and thus is working closely with all of us, at this time.

Our DNA has to be cleared, so that the next generations, will be freed from the repeating patterns, and can truly anchor in the New Golden Age. 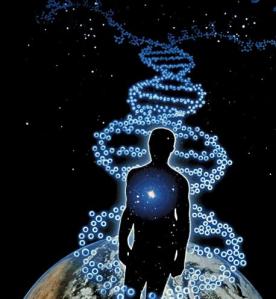