Source: The High Path of the Mystic Rose

The High Path of the Mystic Rose is one of the most challenging paths of the soul, which can be chosen by an elect few.

It is the most challenging path of the true Mystic, the one who seeks the unfolding of a very deep connection with the Divine, but also the knowledge of all which is there to know under the immensity of the vast knowledge banks of the 12 to 24 Central Suns, and then in depth walk the path of the Central Sun in which they original were created as SOUL.

It is a depth of seeking which goes beyond words, and it is a path which seeks absolute purity in both embodiment and form, as well as soul and then, also that of spirit.  It seeks perfection, reflection of Divine perfection, and therefore is one of the highest pathways to experiencing Divine within itself, within the soul and its sojourns all over the cosmos in parallel lives, in cosmic existences and therefore then, in multiple forms and expressions.

The High Path of the Mystic Rose, is one which few are able to walk because it works with the Fires of Illumination and 7th Central Sun.  Therefore, these self-same fires will burn away all the dross, all which is impure and not in highest will and embodiment of the Divine.  It seeks ever the inner heart and soul of the Divine, in its Divine Masculine and Divine Feminine expression and therefore it seeks the embodiment of Divine in all that is.

The soul is called to allow itself to be cleaved open to the very core, which often is a path of intense pain, as most often such a soul is extremely sensitive, and will feel intensely, for it will feel itself in expression of all of life.  It cannot do and be other, for the Rose itself feels into every single petal of the soul, and it expresses the soul through every single living cell and DNA strand, when in embodiment. 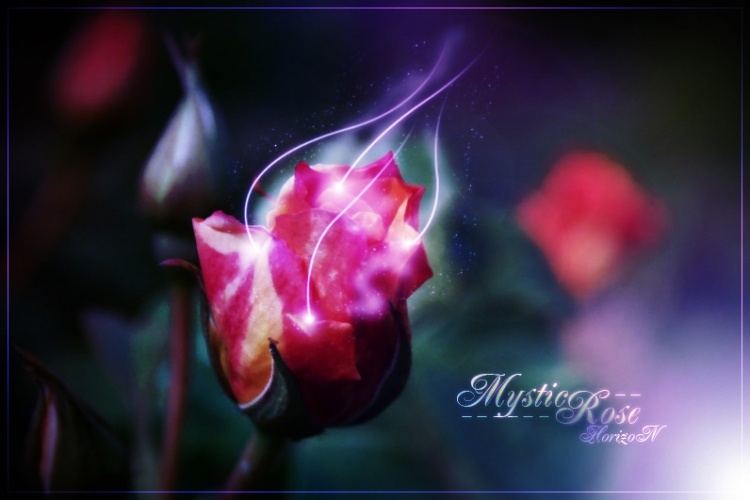 In the light-body form it will seek to express itself in the way the soul works cosmically.  The soul will therefore seek expression in the mystical, that which is veiled, that which expresses the depth of the inner world of the Divine, the heart, the soul, the mind, the spirit.

The Mystic is one who will seek to know beyond the veil, beyond the norm, beyond all knowing, and all feeling, and all spirit, and all mind: – into the very core of creation.  Yet within this seeking it will have to go through the Fires of Illumination itself.

More than this, it has to allow itself to  become so engrossed in this path, that if it has to die onto itself many times, and allow itself to literally dissolve into shards of fire, and then put back together again, in alchemical fusions of soul energy, merging with Divine energy, and then to move into Super Quantum energy fields, which are pure fire – the fires of Creation itself.

For the All-knowing is FIRE and it works with the fire element.  It is, when forged within the fires of Illumination, that the purest white-gold is formed, the alchemical purity of the rarest green-gold liquid of the All-Knowing-Eyes as the Fires of Illumination form the billion petals of fires of the Mystical Rose of the Divine.

On this planet there have always been a few, a mere handful who did incarnate to follow this highest path and therefore to hold the Fires of Illumination as held within the Mystical Rose in highest custody for humankind.

They often were severely persecuted and had to hold this Fire steady during intense chaos, darkness, and when all was disintegrating around them.

To step into the highest paths of Illumination of the Rose, they had to go through intense and very painful initiations in the INNER planes, to be purified to do the work.

They took on intensely challenging lifetimes, knowing that they will go through the Fires of Illumination and therefore must allow themselves and their lives to disintegrate totally during this journey, for the mystic cannot cling onto anything and anyone.  The highest path is often that of the one who is alone – for there are but a handful of the same Ilk on this planet right now.

They know that the path alone is not alone at all.  For the deeper the Mystic delves into the depths of the All-Knowing-Eye, the more the inner journey of the soul unfolds, and therefore the work will grow more intense.  It must allow itself the space and time to bring this work into embodiment on planet earth, and it cannot be done with a partner who is not on the same wavelength and highest soul path.  For anyone of a lower of vibration will tend to shut down the ability to dissolve into the work, and will hinder and block its process, for there will be no understanding for this highest path and the discipline and dedication it takes to allow oneself to be constantly forged by these fires.

The highest initiates are those who know that when one allows oneself to dissolve totally, that is when one truly can co-create with the Divine, and one can have access to the Highest and most hidden Mysteries.

If one is not prepared to die, to dissolve, to disintegrate totally, without negative ego and fear holding one back, then one has that inner purity, the inner soul ability, to open the billion petals of the Rose of the Fires of Illumination itself, and therefore one is a living Mystical Expression of the Divine.

Few however, have the discipline and dedication for this path.  Very few souls have the purity of intent, to use the knowledge and insight they have gained for the highest good.  This is one of the reasons why such highly evolved souls often choose this planet as the ultimate test of their commitment to this path.

For when one falls into the Illusions that humanity spins around you,  one gets lost in the fray of the many.  For the many, and the most crowded paths are appealing as they take and demand the least effort.

It is only with the intense purity, the dedication, the utter commitment to this highest path of soul paths, that the true Mystic of the Rose is reborn into the highest soul self and then it can do no other than serve with the highest and purest INTENT and total dedication.

For only total dedication, and total unity with this ultimate path will ever bring more to the fore in mystical experiences and mystical insight, and gaining of knowledge, via the billion petals of the All-Seeing-EYE of the Fires of the Illumination itself.

Let those who understand…. Understand.

Let those who know…. know.

Let those who are blind, stay blind.

Let those who are all-seeing…. See more.

For Soul Readings and Twin Flame Soul Reading to access your highest soul path and calling and the activation of the keys and codes within your own soul:  http://www.judithkusel.com/readings