In the beginning of all time, when the first soul and soul groups were birthed, a lot of these new souls that were born decided to take on Androgynous form… thus the male and female in one body…..

As a soul consists of pure energy, and thus within one soul, there are a million shards or pieces of soul, in the form of particles of energy, the male and female, positively and negatively charged particles thus form, what one would see or visualize as a SPIRALLING FORM OF ENERGY, at its most stretched part, forming a concentric circle…. This, then when in Androgynous form…

At one stage in the evolution of intelligent life, and thus the evolution of what one can term a human-like form, a lot of souls, wanted to experience life, in the more male aspect of form and female aspects of form. Thus a certain number of souls, volunteered to take on a solely male form to experience the more masculine side of life and its other half the more female side of life…..

The Divine Source itself has got two definite sides: the Male aspect and the Female Aspect and both as DISTINCT FORMS of the same entity or life expression. Creation was birthed in the first act of the coming together of these two and from the seed planted within the womb of the Divine Mother, all other life forms were created…..

The other life-forms, and with it the human, and those of myriads of galaxies and star systems, decided to take on a distinct masculine form and distinct feminine form. All were created in the LIKENESS of the Divine Source, thus the Father God and Mother God. Yet, now, one is talking of extremely potent and high energies….. expressing themselves in a form that we would recognize as a male and female body type…

During this time the first souls who were ANDROGYNOUS decided that they would ALSO LIKE TO BECOME DISTINCTIVELY MALE AND FEMALE, their SOULS WERE SPLIT IN HALF AND THE SOUL NOW INSTEAD OF TAKING ONE SINGLE BODY, NOW TOOK ON TWO BODIES OR FORMS….

Most of these stemmed from the Angelic and Archangelic Realms and those who vibrate at that frequency. This is something that few people realize…. Within your soul group, you might not HAVE these souls, as they immediately took on the form of either masculine or feminine expressions of the Divine (the younger souls do qualify here.)

Those of the Archangelic and Angelic forms, who took on human-like form, were called the “SHINING or ILLUMINATED ONES”, and they formed a hierarchy quite on their own in the vaster cosmic scale. They are distinct in that these souls emit a very high frequency light and thus, when these two merge, in sexual union (and sacred sexual rites are performed); they then emit immensely powerful rays, which have tremendous power…

However, one has to understand that these souls form a CLUSTER within ONE DISTINCTIVE GROUP of SOULS and they consist of 144 000 souls only. Not more! This was the number that the Divine Source ALLOWED to take on human or human-like forms…..

The other soul groups, consists of SOUL MATES, and thus they are comparable to the TWIN FLAMES, but only at a certain level. Although very much alike and compatible, enhancing each other, they can never reach that potent energy in their union, simply because the vibrational frequency of their souls, is not of the same make-up as the soul group that the ILLUMINATED TWIN FLAMES belong to.

Now, I know that this is confusing…. It is not to say that SOUL MATE cannot be a twin flame and have a beautiful and high vibrational union… simply that it has not got that potency that the TWIN FLAMES from the ILLUMINATED SOUL GROUP HAVE, mainly because they first saw life in the Angelic Realms…

Today, I will be concentrating on the TWIN FLAMES of the ILLUMINATED SOUL GROUP, as they have been involved with this planet from the very beginning, and have returned now, to dance the dance of love and life here, reunite and assist this planet with their union……

The Illuminated Soul Group, mainly originate from Andromeda, Pegasus, Arcturius, and the Pleidas. This is where the first SOUL CLUSTER GROUP of the Illuminated Ones started to work….. When the Earth was first colonized, it was colonized from these Galaxies, and the first continent (remembering there was ONLY ONE CONTINENT at that time) it was the scientists from these galaxies that first colonized this planet…..

When this continent first had trouble with the Web of Light, (after a asteroid hit the planet and threw the whole grid out of balance), the Intergalactic Counsel asked for TWIN FLAMES from the ILLUMINATED SOUL GROUP to volunteer to assist the whole process of healing the Web. Thus the first TWIN FLAMES from Andromeda and Pegasus arrived, and in a specific ritual which was performed by the sexual union, the grid was repaired… (I will not touch on other aspects here… just this)

There are a lot of things involved here… not only the fact that the twins emit such vast frequency light, but it had to be done within a certain environment and with the aid of certain structures and tools…… (My books have more details)….

During the course of the history of this planet, more and more TWIN FLAMES incarnated onto this planet. However, during the great fall into oblivion that this planet has experienced on numerous occasions (Elysium, Lemuria, Atlantis, etc.) twin flames somehow got separated and loaded a lot of karma onto themselves….

They now started to take on distinctive male and female forms in the incarnations, and seemed to repeat the same patterns time and again… In this process the twin became separated from his or her other half and thus has felt rather incomplete at some deep soul level….

At this moment in the history of time a few hundred of these Illuminated Twin Flames have incarnated, for them more than the other twins have loaded a lot of karma onto themselves. Their challenge in this life is to find each other again, and then to work towards balance and equilibrium so that their energies can be reunited again… and then to use these eventually in the way manner… so heal planet earth and the Web of Light…

However, and here is the big challenge… these two will literally push each other’sbuttons… as much as the sexual energies and the magnetism between them will pull them together, as much will they take sparks off each other…. in their search to find balance, between the male and female aspects or energies within themselves…

What normally strikes people about these two is how much ALIKE they are… they might look alike and act in ways that mirror each other…. their lives seem to be parallel at some level e.g. both teachers and writers etc. Yet, on the other side of coin, they are total opposites and it will show… One will love the limelight and the other shuns it… One will love money and the other not really be bothered… One with love travelling and one likes to have a nice home base….

When the opposites appear they seem almost as TOTAL opposites and it is here that these two are most challenged to find the ultimate union. The sexual energy between these two is so potent, that it seems like a vast flame of tremendous energy between them…. Yet, this energy has to be tempered by unconditional love and acceptance and giving each other the freedom to BE….

When one is more than the other, the scales tip too much to the one side and not the other… So they will have a tug-of-war until they reach balance point one more…. Once union has been reached and the flame becomes almost consuming… then they will move away from each other again, so they need to give each other space….

Then the magnetism will pull them back to centre point once more and with this then the same total and utter passionate flame…. These two can never be apart… even if one is on the other end of the world… their souls are so intertwined that they constantly aware of the other…. And their attraction is such that they will always come together, almost in spite of themselves…. So woe to anyone who tries to get between these two… for they will get burnt…. It is not that they consciously seek this…

Often they irritate each other so much that need space to cool down… or simply to find the space within themselves, where they realize their love for the other is such, that no matter how much the other pushes his or her buttons, love here is simply unconditional….

When both allow their hearts to simply open up to love, to feel the vulnerability (for somehow the twin KNOWS you better than you know yourself – after all they ARE your other half)… and to let love flow… then they will always find each other again and with it the Halls of Ecstasy, Bliss and Euphoria open up for them…. In the next few years, the twins will be called to come together – whether they wish it or not… as they have committed their souls reunion to assist the Web of Light of this planet to be healed with their union….. 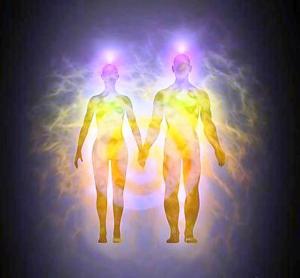 They cannot run away from this commitment and in this they simply will find that all obstacles to their union are removed and that they will be reunited and work AS ONE..

. Those who have already found their Twin will find that the potency of their union is increasing and as this planet experiences the shift in consciousness the Twins will all be working together AS ONE, albeit unconsciously at times, to heal this planet through their union…. In my next post I will talk about the Twin Flame union of other soul groups….

For Twinflame Soul Readings information: http://www.judithkusel.com
This Twinflame soul readings are very popular and in depth.

You can BUY My book:  “SOUL EMPOWERMENT with special reference to Twin Flames” on my website:  http://www.judithkusel.com